People choose their professions for a variety of reasons. At age 7 mine chose me. And it is only now, decades and countless frantic, middle-of-the-night phone calls later that I’m beginning to understand why… 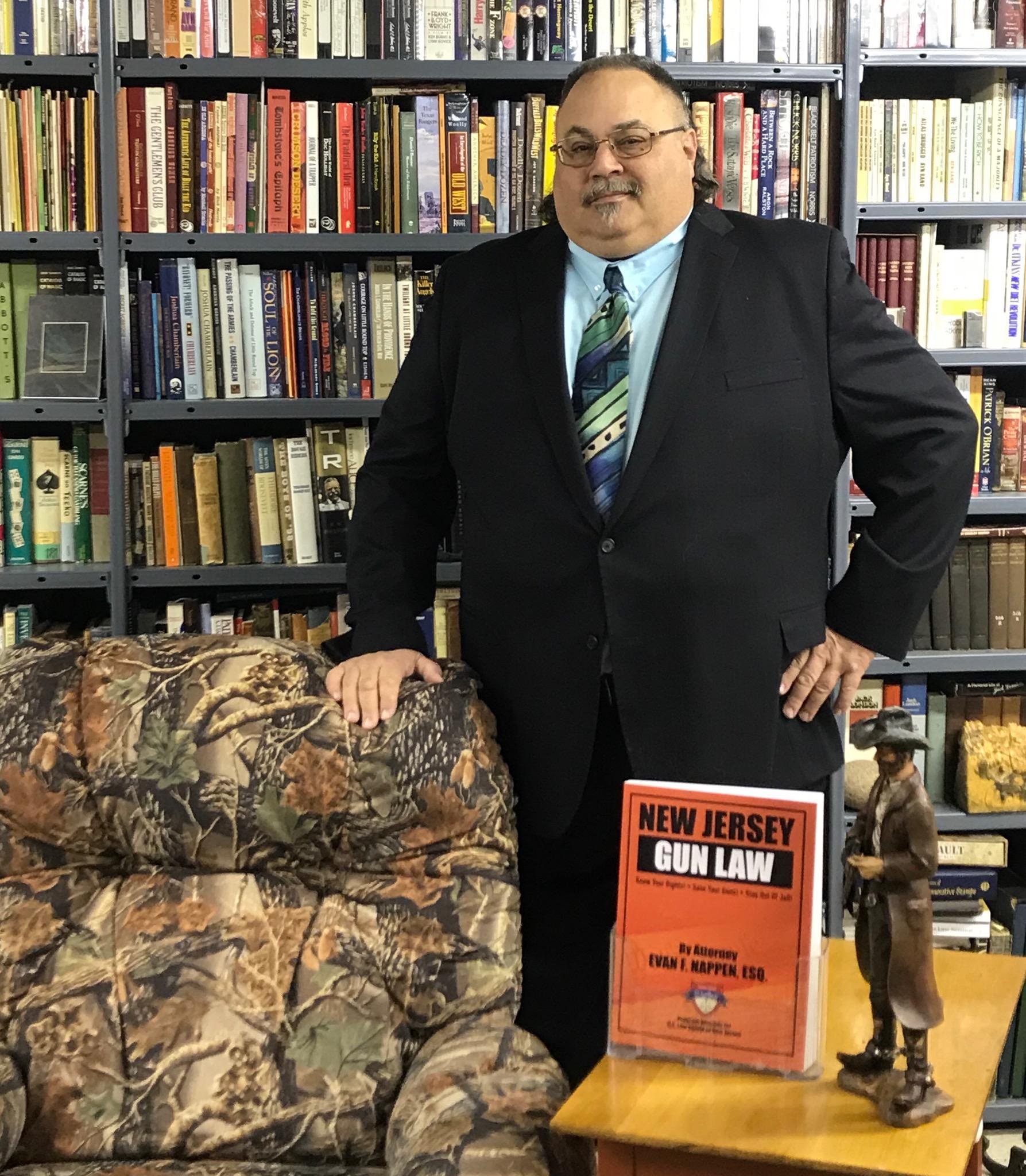 How did I become the Gun Lawyer? Two loves came together, and I followed that path. My first interest was a love of firearms and knives. (It must cut or shoot for me to like it). I have a deep appreciation for the history, development, and use of firearms and edged weapons.

My second passion is our Constitution. As, a kid, I spent many Saturdays with my father going to flea markets and collecting political memorabilia with him. My father was a professor who taught Constitutional Law at Monmouth University. We talked about law, history, and pollical science. When I was 7 years old my Dad gave me a Swiss Army Knife he had purchased during his honeymoon in Bermuda in 1958. I got the “collector bug” and accumulated a nice bunch of pocketknives.

When I was thirteen years old, I purchased my first gun from Gus, the head custodian at my junior high school (I got my Dad’s permission to buy it.) If this were to happen today in New Jersey, Gus, my Dad, and I would all have been arrested. The gun was an old Remington Rolling Block, and I paid $50 for it. When Gus came to my house to give me the rifle, he also gave me a large carton filled with great gun books. Everything from Shooter’s Bibles to top references on Colts, Winchesters, Smith & Wesson’s, etc. I read them all more than once, and from that point on, I was hooked on the world of guns. Gus also had a great love of firearms, was a collector, and had been a gunsmith. I remained friends with him for over 30 years, until the day he passed away. I sold that rifle many years ago (I regret doing that), but to this day, I have the books still in my gun library, plus many, many more.

As a teenager, I worked at a commercial target range, sold guns working for a retail dealer, participated in target shooting and hunting, and of course, collecting.

In my senior year of college, I wrote two lengthy-term papers dealing with carry permits across the U.S. I was fortunate to have these papers combined and turned into my first book on gun law before I had even applied to law school. Handgun Self-Defense Plus Concealed Weapons: How to Get Your Permit. (add picture).

Having already written a law book helped me get admitted to New York Law School. While in law school, I was able to work for one of the only firearm law firms in the country at the time – Benenson & Kates. Mark Benenson and Don Kates both taught me a lot in how to defend 2nd Amendment rights. In 1988 I was admitted to the NJ Bar and started my own law practice.

Having founded a successful law practice in New Jersey, I have spent over 30 years defending “Victims” of New Jersey Gun Laws. I am also the New Jersey Independent Program Attorney for U.S. Law Shield. Many of you have attended my monthly law seminars and/or purchased my “Orange Book”, New Jersey Gun Law, the “go-to” reference on the subject.

In addition to my New Jersey Gun Law books,  I have written eight books and over 50 magazine articles on firearms, knives, and weapons. I have made numerous appearances on radio and television talking about these subjects. My articles have appeared in American Handgunner Magazine, Blue Book of Gun Values, Tactical Gear Magazine, American Gunsmith Magazine, The New Gun Week, BLADE Magazine, Sporting Knives, Knives Annual, and Harper’s Magazine.

I have been a guest on a number of television and radio shows, including Fox News – Judge Jeanine, CNN – Lou Dobbs, TruTV, WOR Radio 710, Tom Gresham’s Gun Talk, Gun For Hire Radio, and Cam & Company/NRA News.

I greatly enjoy giving seminars on New Jersey gun laws and educating fellow gun owners about their rights. I have also dedicated my career to defending “law-abiding criminals” who become trapped by New Jersey’s harsh and unforgiving gun laws that destroy individuals, their families, and their hopes and dreams.

I am proud to vigorously defend my clients and to now have a voice on Gun Lawyer Radio to maintain and protect our right to keep and bear arms.

P.S.  I truly hope you get some good value from our show.  If you do, please pass it along to others, so together maybe we can spare them from harm caused by a legal system that has been viciously turned against the law-abiding gun owner.

Roosevelt Twyne, 25, was arrested during a traffic stop last month after Roselle Park Police accused him of illegally carrying a firearm and being in possession of hollow-point bullets, The Washington Free Beacon reports.

Nappen has called BS on the “erroneous” charges, however, arguing his client had “jumped through hoops” to obtain a state carry permit and gun license.  “He was arrested for the hollow point ammunition,” the man’s attorney, Evan Nappen told the outlet. “They then claimed he was transporting his handgun illegally. He had a permit to carry a handgun.

A 72-year-old former teacher’s love of 18th century items will not land him in jail, after a prosecutor declined to press charges for owning a very old gun.

Gordon Van Gilder, of Port Elizabeth, collects all types of historic memorabilia from including a Queen Anne flintlock pistol from the 1760s, his attorney Evan Nappen told the Daily News.  But when officers saw it in a vehicle in which he was traveling in November, they charged him with unlawful possession of a handgun. Suddenly the retired English teacher was facing 10 years in prison…

The state’s child welfare agency and local police went to the Carneys Point home of Shawn Moore on March 14, following what police say were anonymous calls expressing concern about the safety of a child.

Moore has said he believes he was investigated solely because of the photo he shared online of his son, Josh, holding the gun he got for his 11th birthday. The weapon was a .22-caliber rifle made to look like an assault weapon. He says caseworkers were aggressive and the visit unwarranted.

“We welcome the investigation so that something like this hopefully doesn’t happen again,” Nappen said. “There’s this really great reason why there’s no charges and the case is closed, and that’s because my client didn’t do anything wrong.”

EVAN IS ALSO FEATURED IN